You are here: Home / Editors choice / Targeting Dar’aa with explosive barrels a day after Russia’s declaration of its cessation of use! 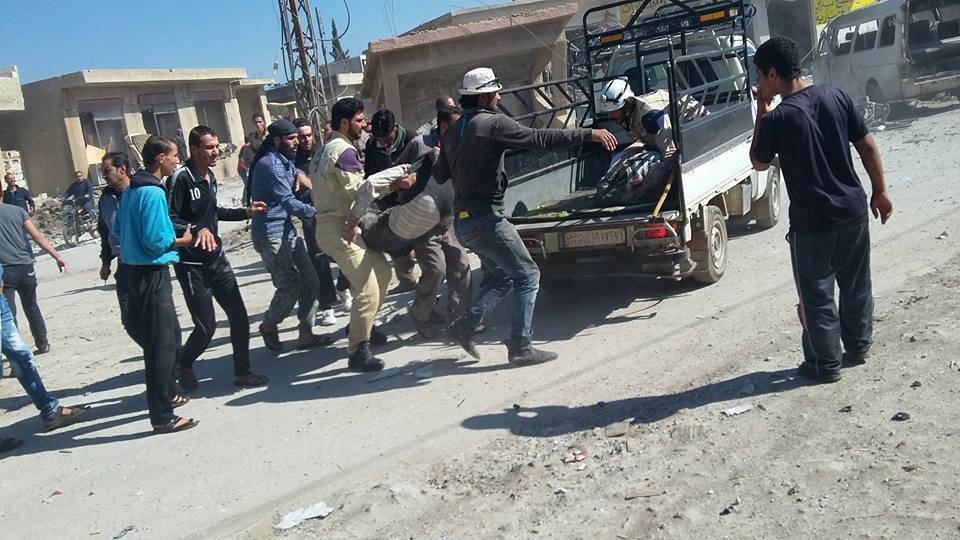 Targeting Dar’aa with explosive barrels a day after Russia’s declaration of its cessation of use!

Helicopters of the Syrian regime forces targeted on Saturday with explosive barrels a number of cities and towns in Dar’aa province, a day after the Russian declaration that the Syrian regime has stopped using them.

Four explosive barrels targeted Nimer town in Dar’aa countryside has led to the death of seven people and the injury of many others.

Four people were also killed as a result of targeting the city of Jassem with explosive barrels.

The Russian ambassador to the United Nations Vitaly Churkin announced on Friday that the Syrian regime has stopped using explosive barrels “due to repeated calls from Moscow to particularly stop using them in order to avoid civilian casualties,” according to what he said.

Churkin said that, according to this development there is no more need for the Security Council to discuss a draft resolution threatening to impose sanctions on the Syrian regime because of those barrels.

He added that we “have been talking to Syrians for years to convince them of committing to utmost restraint and to avoid civilian casualties if possible. The issue of explosive barrels is the subject we discussed with them”. He expressed his pleasure that the recent report of the United Nations on the humanitarian crisis in Syria does not address the use of the explosive barrels.

“I hope that this is the end of this issue because these weapons that randomly thrown will never be used after today.”

It is expected that Britain, France and Spain submit a draft law to the Security Council, calling for the prevention of the use of explosive barrels and threatening to impose sanctions on the Syrian regime.

Russia has already announced that it will use its veto in the event of a draft resolution of this kind, saying it would hinder the ongoing international talks in Vienna on Syrian conflict.

Victims who have been identified in the town of Nimer are:

Victims in the city of Jassem: 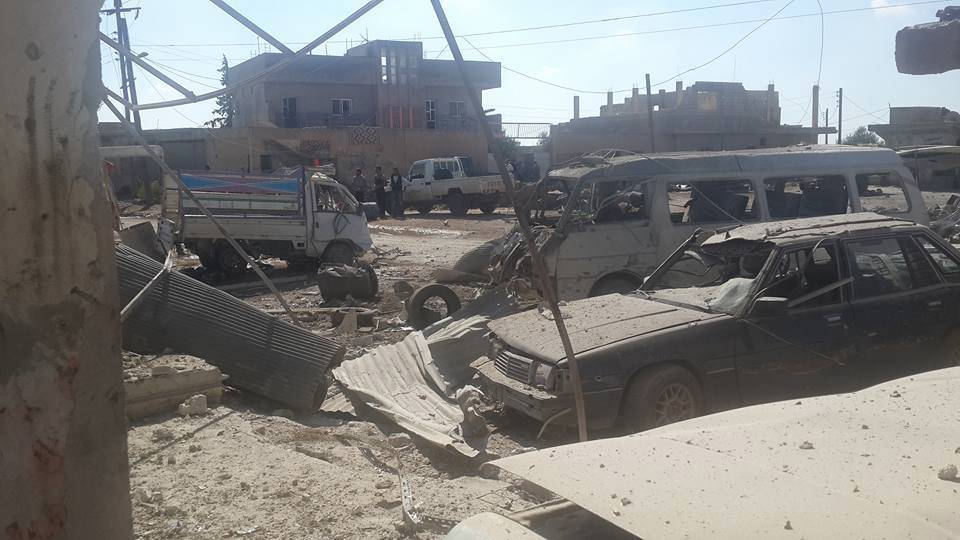