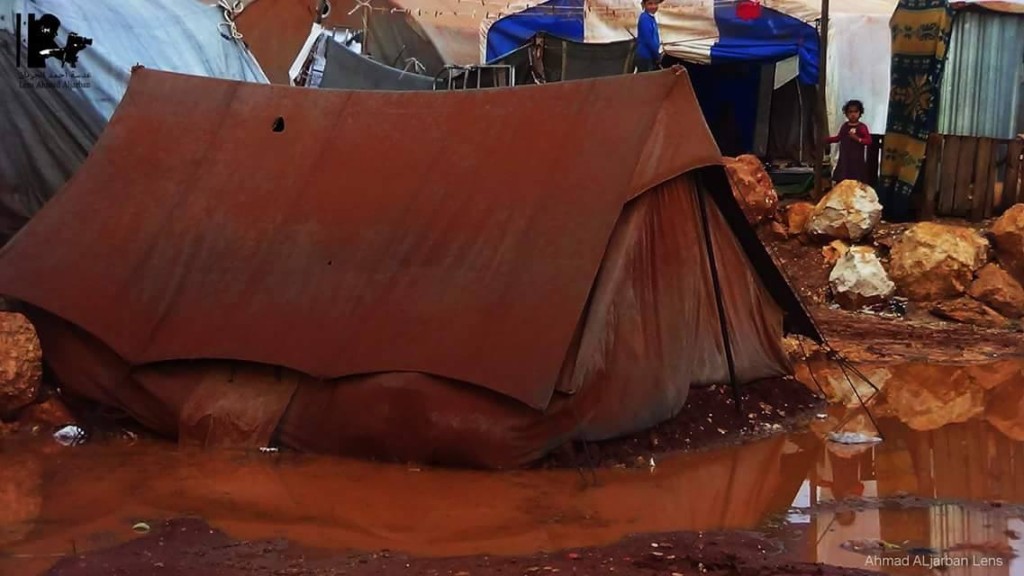 A tent in Atmah Refugee Camp, Turkey, begins sinking into the water

Syria and the neighbouring region has been experiencing low atmospheric pressure since Monday morning, with refugee camps in Lebanon and Jordan- as well as that of the displaced inside Syria- flooding with rains, causing some of the tents to sink.

The rains have led to torrents in hills and mountainous areas, sweeping away tents of refugees and displaced people. The water levels in flat areas have risen and flooded the tents, making them unsuitable for living purposes.

In the Lebanese city of Irsal for example, refugee tents were sank due to a water rise of 1.5 metres. This is taking into consideration that refugees in Lebanon live in an arbitrary manner due to the government’s refusal to set up official refugee camps for them. 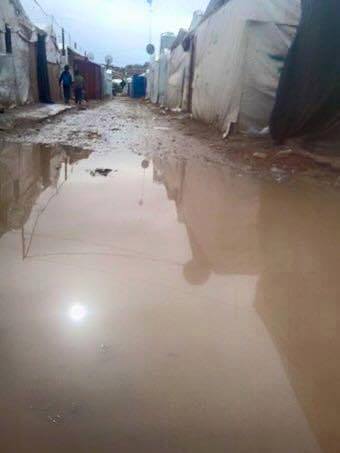 Water levels rise in Irsal, flooding the bases of the tents

In Turkey, Atmah refugee camp witnessed a rise in water levels, with rain water covering the camp floor.
On another note, the UN High Commissioner for Refugees (UNHCR) said on Monday said that it had begun giving out rain gear, blankets, and other relief supplies to tens of thousands of refugees who been braving the first winter storms hitting central and southern western Europe as well as the dramatic drop in temperature.

The packages will be distributed to the most vulnerable of refugees until February 2016. Although packages given out will vary according to needs and circumstances of refugees, the standard package will include sleeping bags, thermal blankets, rain coats, socks, clothes and shoes.