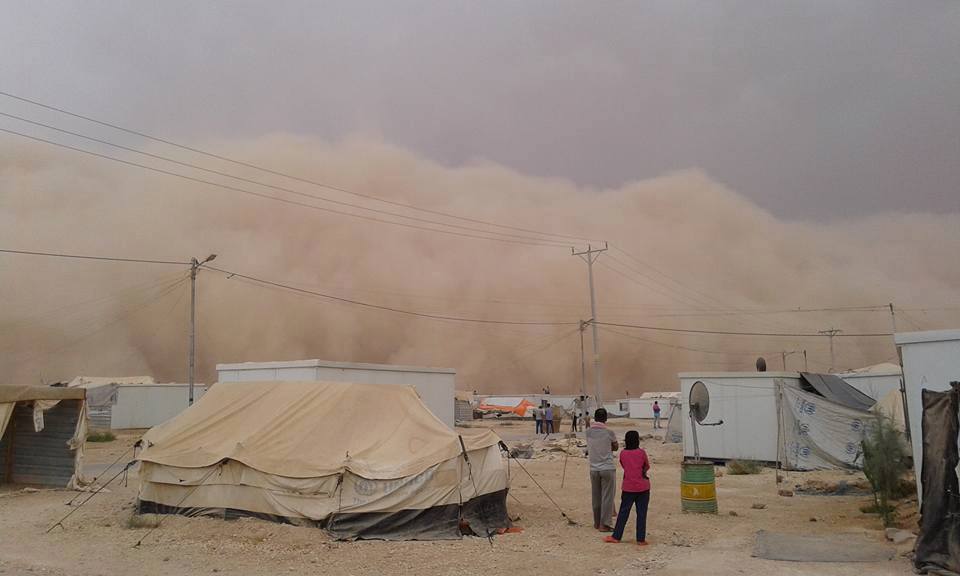 An intense sandstorm swept across the Za’tari refugee camp in Jordan on Sunday 25/10/2015, leading to several cases of suffocation amongst children and the elderly who were transported to the hospitals in the camp.

The camp lies in a desert area in al-Mafrouq province of Jordan. Since its opening, it has been subjected to a number of sandstorms in addition to torrents and rainstorms.