You are here: Home / Editors choice / Air Strikes Cause Massacre in Kafr Karmeen 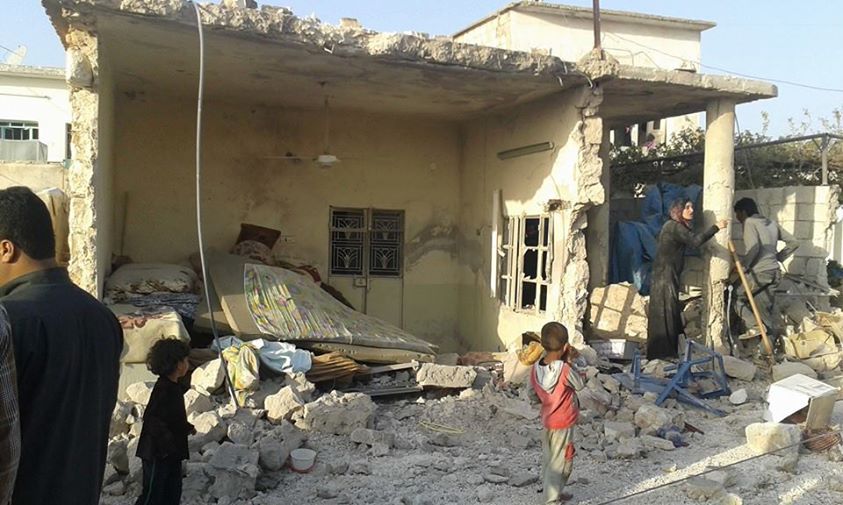 On Friday 16/10/2015, war planes thought to be Russian, targeted the village of Kafr Karmeen, close to Sarmada, in eastern rural Idlib, at 1.30pm with six vacuum missiles, destroying six homes and killing 12 people, among them five children. Four others were injured.

Human rights documentation has revealed that the majority of victims of Russian air strikes are civilians. In fact, no difference has been shown in the targets of Syrian war planes and Russian war planes.

Kafr Karmeen is in eastern rural Idlib, close to Sarmada

The victims of Kafr Karmeen are: