You are here: Home / Editors choice / Bombing on Northern Homs continues whilst Killing and Displacement Intensifies 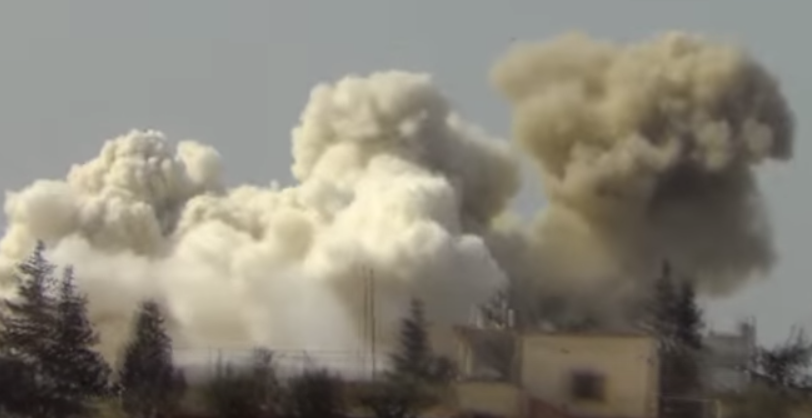 War planes, thought to be Russian, continued their intense bombing of the northern Homs countryside this morning, and in particular, on areas with a high concentration of civilians, matter which is causing a great wave of displacement in the area.

The majority of the residents of Teir Ma’alah- the town with the highest population in the northern Homs countryside- have left, in addition to the displacement of hundreds of families from Talbisah, Dar al-Kabirah, and other areas.

Teir Ma’ala was also targeted by war planes, in addition to barrel bombs dropped by helicopters.
Coinciding with the bombing of war planes, the Syrian regime’s artillery and its rocket launchers have targeted the city of Talbisah as well as the towns of Ghanto and Sunaisil with heavy artillery, in an attempt by the Syrian regime and foreign fighters to gain control over the northern Homs countryside.

According to activists in the area, the land and air attacks on the northern Homs countryside have been the most violent today, since the military attacks began on the region last Thursday.