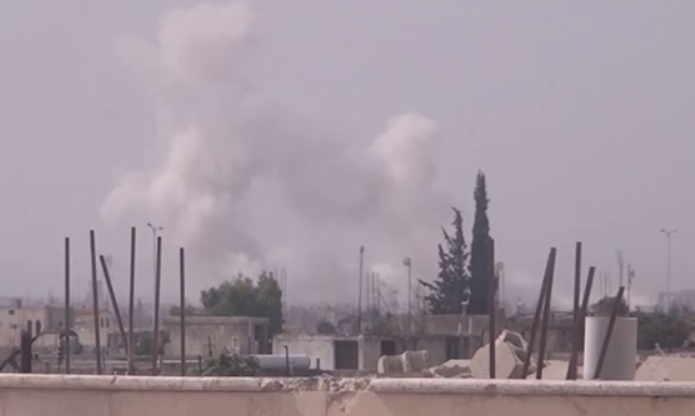 The village of al-Ghanto in the northern Homs countryside was attacked by war planes, resulting in the death of four people and the injury of dozens of others.

The air strike targeted a group of worshippers as they gathered in one of the mosques for the funeral of a victim of yesterday’s air strikes.

The targeting of al-Ghanto comes as part of a wider campaign of bombing by war planes and helicopters on the northern Homs countryside, particularly against Talbisah, Dar al-Kabirah, al-Ghanto and Teirma’lah.