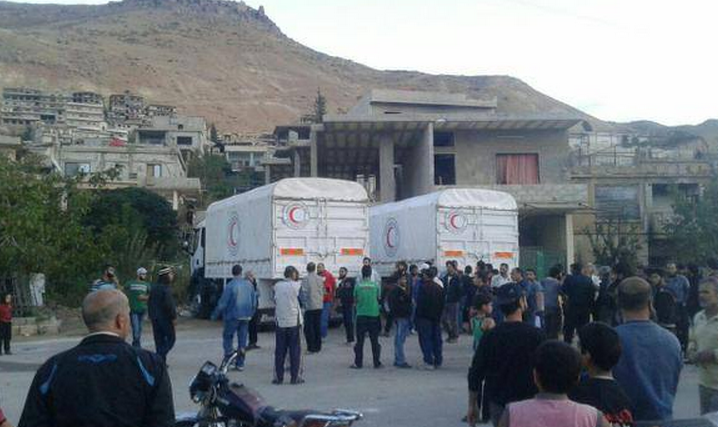 Container trucks full of relief materials have entered the besieged village of Madaya in rural Damascus, at the same time in which relief vehicles entered the village of al-Fou’ah in rural Idlib.

Relief assistance such as this has not entered Madaya in at least seventy days.

It is expected that the relief entering the villages will compromise of ten containers for both al-Fou’ah and Kafraya in rural Idlib and 21 containers for Madaya, Sarghaya and Biqeen in rural Damascus as well as two for al-Zabadani.

The relief vehicles were the result of an agreement between representatives of the Iranian government and the Ahrar al-Shaam group (one of the armed opposition bodies), signed on 20/9/2015, and sponsored by the United Nations. 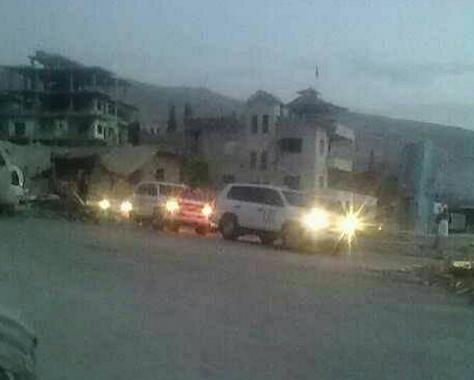