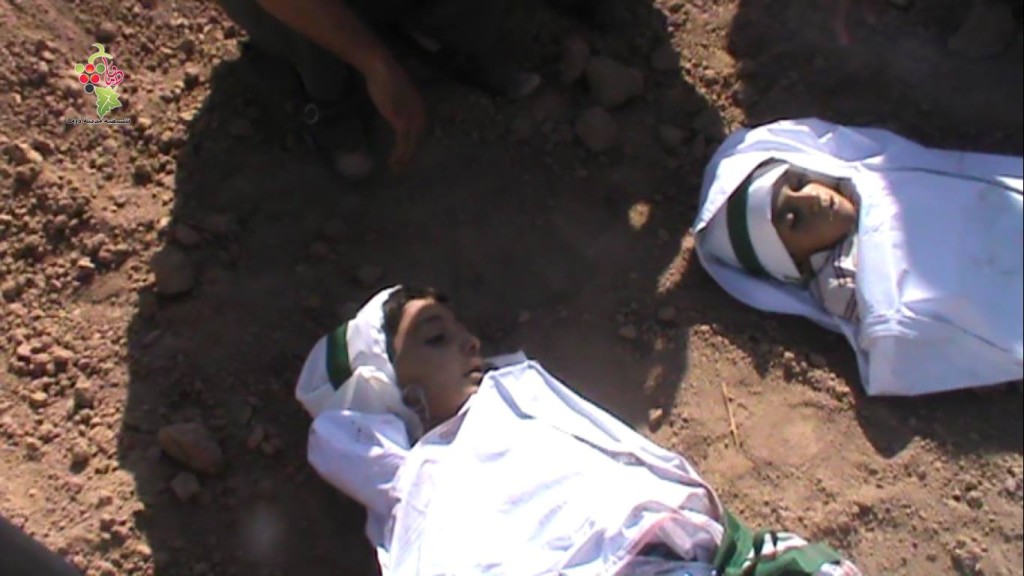 The children victims in Douma are buried

Cities and villages of the Eastern Ghouta have been subjected to violent bombing by war planes and helicopters, dropping internationally prohibited cluster bombs, as well as barrel bombs and rockets.

In the city of Douma, which lies in the Eastern Ghouta, three children were killed after suburbs of the city were bombed with cluster bombs. The children were:

And in the city of Arbeen, the child Yasmeen al-Sheikh was killed when the city was subjected to bombing by war planes today.

The city of Daraya was also bombed with barrel bombs, although SHRC was unable to obtain information about the losses caused.

The city of Hamouriya was also hit with three cluster bombs, two of which targeted the agricultural areas on the edge of the city, whilst the third fell in the centre of the city. No injuries were recorded.

The Civil Defence of the Eastern Ghouta have issued a warning to families, advising them not to walk on the roads due to the intense barrel and cluster bombing the area is witnessing. They were also warned not to come close to any foreign object seen after the bombing has finished.