You are here: Home / Editors choice / Car Explosion in al-Tal 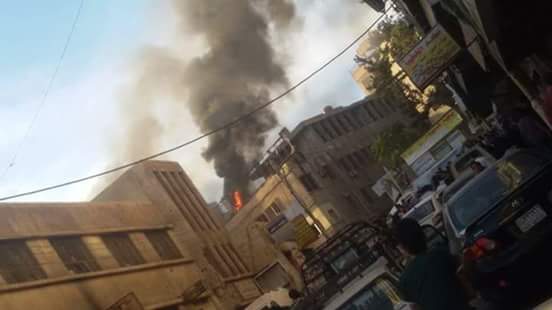 A car explosion took place in the area of al-Saraya, which lies in the centre of al-Tal, a city in rural Damascus. The explosion killed two people and left dozens injured.

One of the victims was identified as Saleem al-Khattab, from among the displaced families of Homs that sought refuge in the city.

Al-Tal has witnessed a number of car explosions in the past couple of months, although the group responsible for them is unknown.

On 23/7/2015, a car exploded in front of the Baydar Sultani Mosque in the city as worshippers filed outside after the Ramadan night prayers, killing four and injuring tens of others.

And on 10/3/2015, a car exploded close to the old police station, killing one person and injuring 20 others.