You are here: Home / Editors choice / Medical and Rescue Staff Targeted in Douma 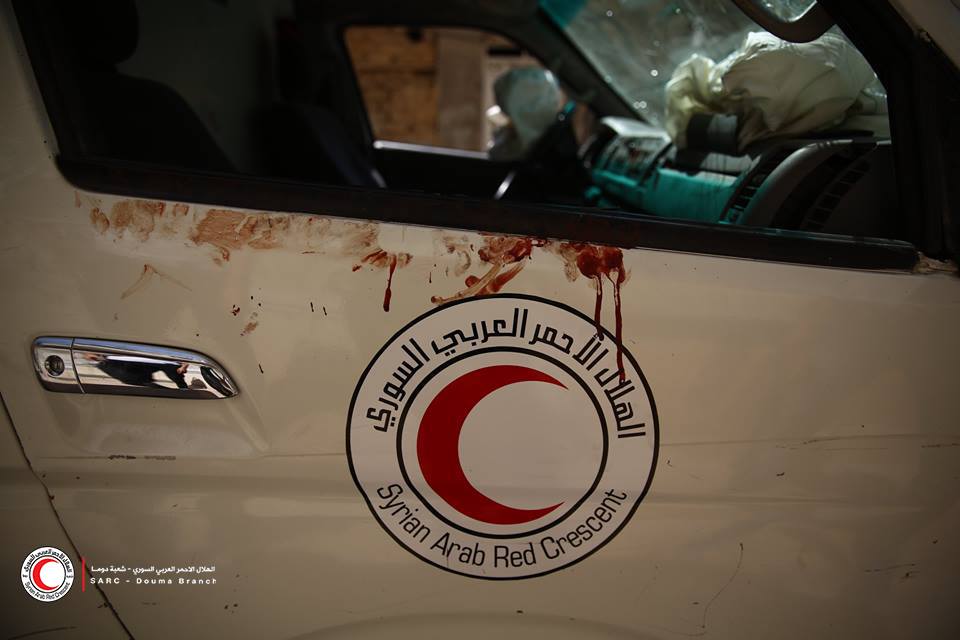 Red Crescent staff in the city of Douma, rural Damascus, were injured during bombing which targeted the city.

In a news brief, the organisation said that its staff had been subjected to injuries, without clarifying the numbers of those injured and the type of injuries they were suffering from.

The Civil Defence in the city also announced the targeting of one of their ambulances on Friday, destroying it completely. 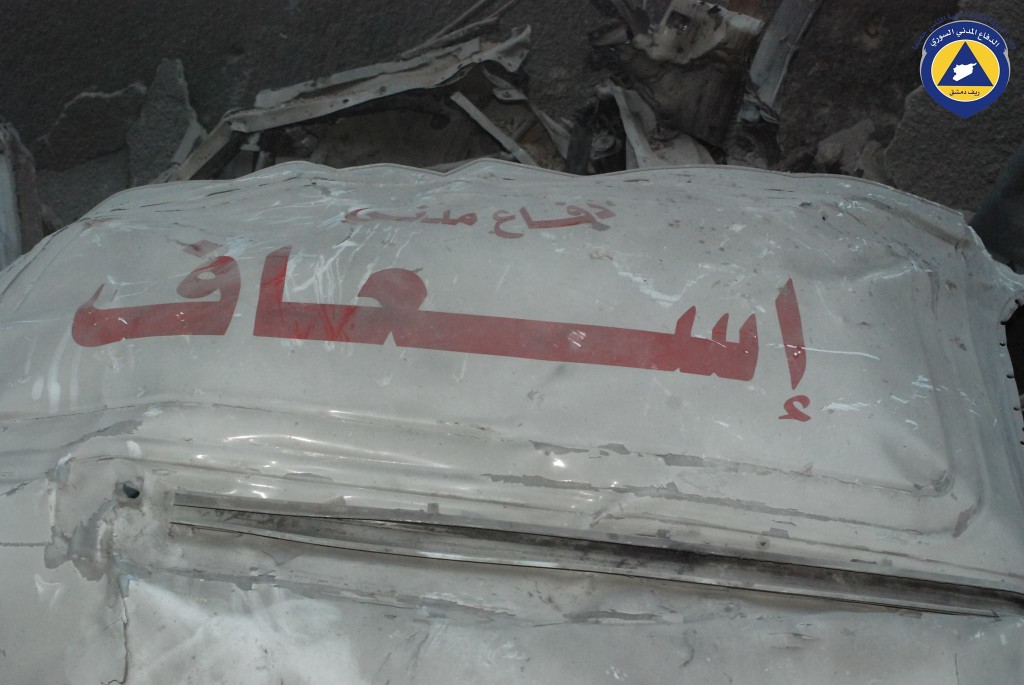