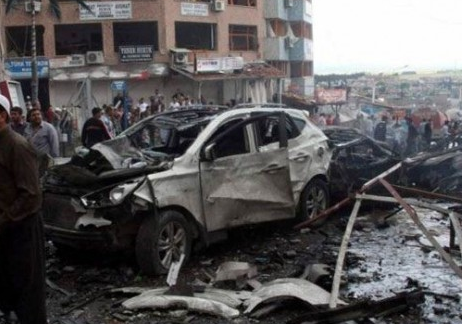 A car exploded in Al-Zahraa neighbourhood in Homs- a district whose residents are mostly loyal to the regime- leading to the death of a child called George Ilyas, and injuring 21 others, according to regime sources.

The car was left in a commercial street in front of a business owned by a Christian man.

ISIS have claimed responsibility for the attack, saying that the operation was carried out by a suicide bomber named Tamam al-Ansari.

The same district witnessed a car explosion on 22/9/2015, which killed one person and injured 12 others according to regime sources.