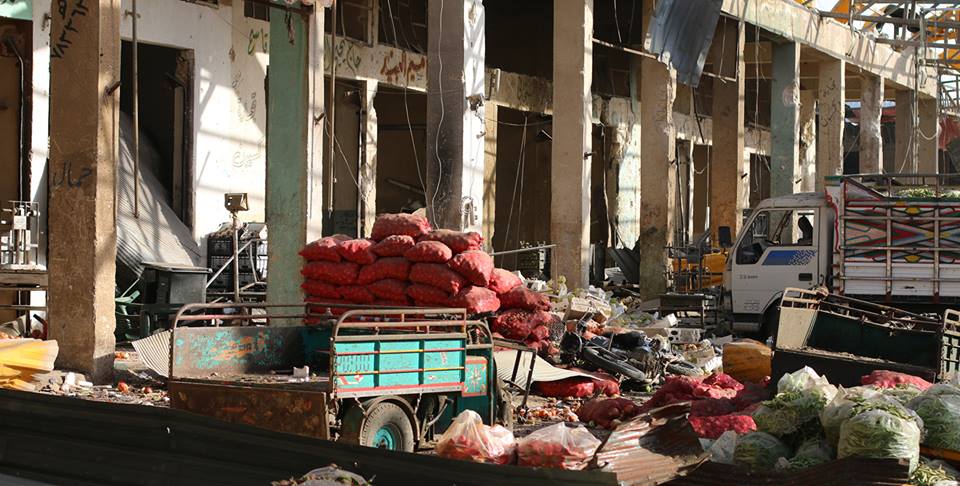 Syrian regime helicopters today targeted Al-Hal Souk and Al-Bab city centre in Aleppo Eastern rural areas with explosive barrel bombs, which- according to medical sources- led to the death of 90 individuals. As of yet, the Syrian Human Rights Committee has not able to confirm any number.

Military air crafts also waged 6 strikes on Al-Bab city in the eastern countryside, alongside helicopters which targeted Tadef town with exploding barrels. The death toll of these raids was two individuals.

These strikes coincided with two raids carried out by Russian military air crafts on the the Refugees Sawami’ camp near Al-Godfah village in Idlib rural areas. A number of causalities occurred as a result.