You are here: Home / Editors choice / Hospital Destroyed in Kafrbatna 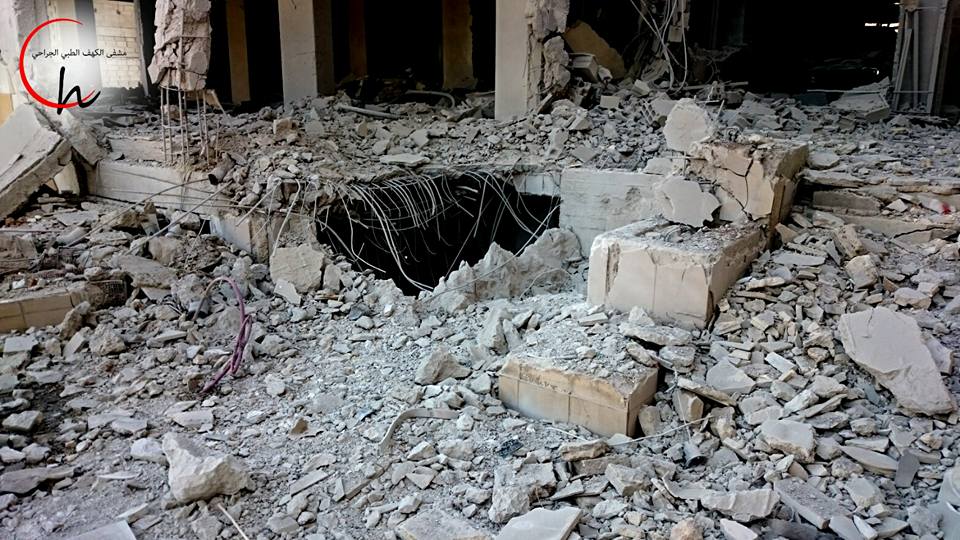 The hospital after the strikes

The al-Kahf surgical hospital in Kafrbatna, rural Damascus, was bombed twice by war planes today, killing three members of its staff and destroying a large part of the building, causing the hospital to completely stop functioning.

Among those killed in al-Kahf Hospital were: