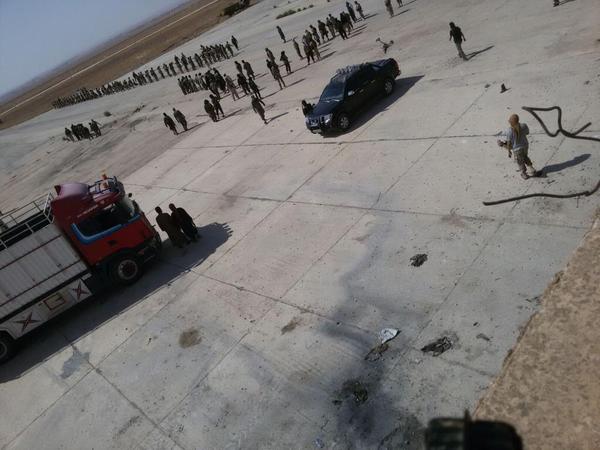 On 9/9/2015, the Nusra Front published images portraying tens of prisoners from the Syrian regime forces executed in Abu Dhuhoor Military airport in rural Idlib, a province under the control of the armed opposition after having been under siege for two years.

According to social media sources of the Nusra Front, 65 soldiers and officers were executed on the airport runways, the same place in which they were being detained.

In clips posted by the Front after it seized the airport, some of the prisoners are shown in ? clothes and long beards. The Saudi Arabian sheikh, Abdullah al-Mohaisini, then addresses them, describing them as apostates of Islam.

The Front did not post a video of the moment of execution, although the images it posted indicate that the prisoners were killed by live fire.

One of the images showed a soldier of the Front standing on a body of one of the soldiers executed. 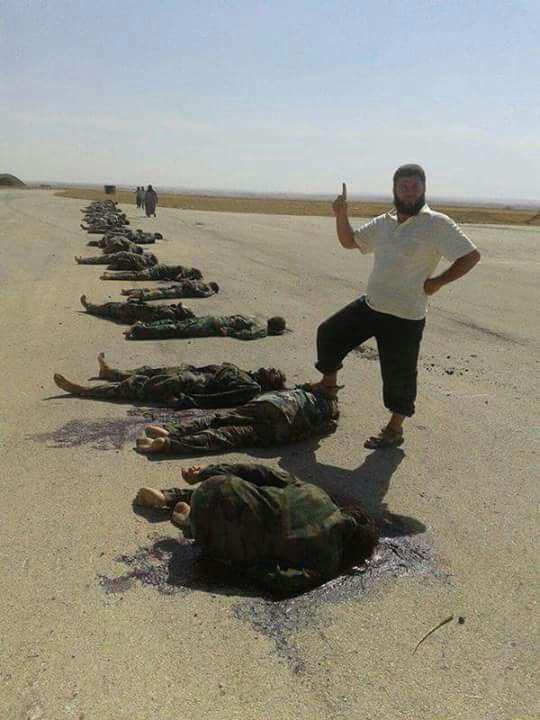