You are here: Home / Editors choice / Confirmation of Death of Artist Under Torture 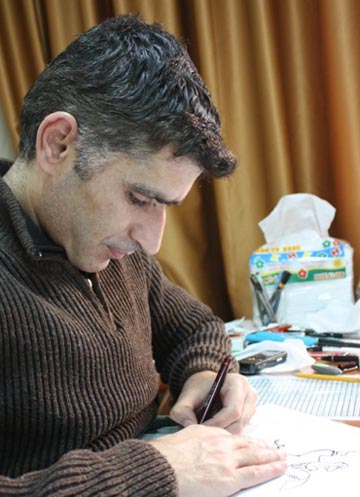 The relatives of cartoonish Akram Raslaan have learnt that he was killed under torture, after approximately three years of imprisonment.

The military intelligence arrested Raslaan on Monday 2/10/2012, from the al-Fidaa’ newspaper building in Hama where he worked.

The confirmation of Raslaan’s murder comes after two years of leaked information from a released detainee who said that Raslaan had been killed under torture in September 2013, i.e. a year following his detainment. However, the news was not confirmed at that time.

Akram Raslaan was born in 1974 and is from the city of Suran in rural Hama. He held a BA in General Arts from the University of Damascus.