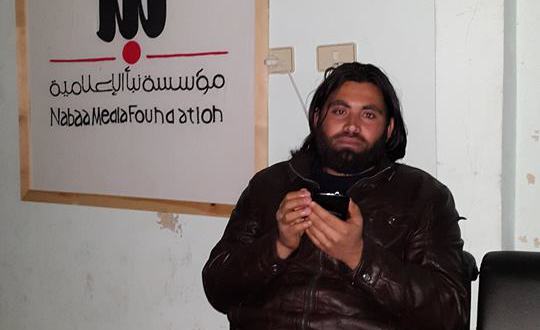 The Naba al-I’lamiyah channel based in Daraa mourned its media activist Ahmed al-Musalamah who worked as a cameraman and news editor in the editorial section of the channel. Ahmed was shot by unknown assailants on Saturday evening in Daraa al-Balad, which is controlled by militant factions of the city of Daraa.

According to the channel, a masked group in a Hyundai car fired at al-Musalamah and his friend from silent weapons, as he was on his way home. Ahmed al-Musalamah immediately died from his injuries, whilst his friend sustained dangerous injuries and is being treated in a field hospital in the city.