You are here: Home / Editors choice / War Plane Airstrikes cause Massacre in Ar-Raqqah 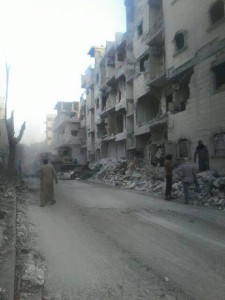 The city of Ar-Raqqah was subjected to 12 air strikes launched by war planes, killing 15 civilians and injuring tens of others.

According to the “Raqqah Slaughtered in Silence” campaign, the strikes targeted the “Jawad Anzoor” school, the local stadium, the forage institute, Firdaws Street, the Obstetrics Hospital, the industrial area, 23 February Street, and the area behind the Faakhir Restaurant.

According to eye witnesses, the aircraft and ammunition used were different to that used in similar air raids that the city suffered from previously.

The air raids took place on Ar-Raqqah- which is controlled by ISIS- following air raids launched on Aleppo city, and in which 60 were killed yesterday due to air raids which took place after approximately two months of no massacres. 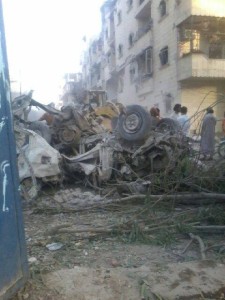