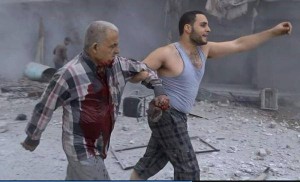 The city of Saqba in rural Damascus was subjected to bombing by war planes, leading to the death of at least seven civilians and dozens of injuries.

Victims whose names have been identified so far include: 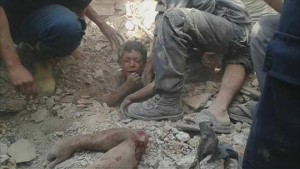 A child is rescued from among the massacre rubble