You are here: Home / Editors choice / Refugee Crisis in Europe: An Exacerbated Crisis and Irresolute Ends 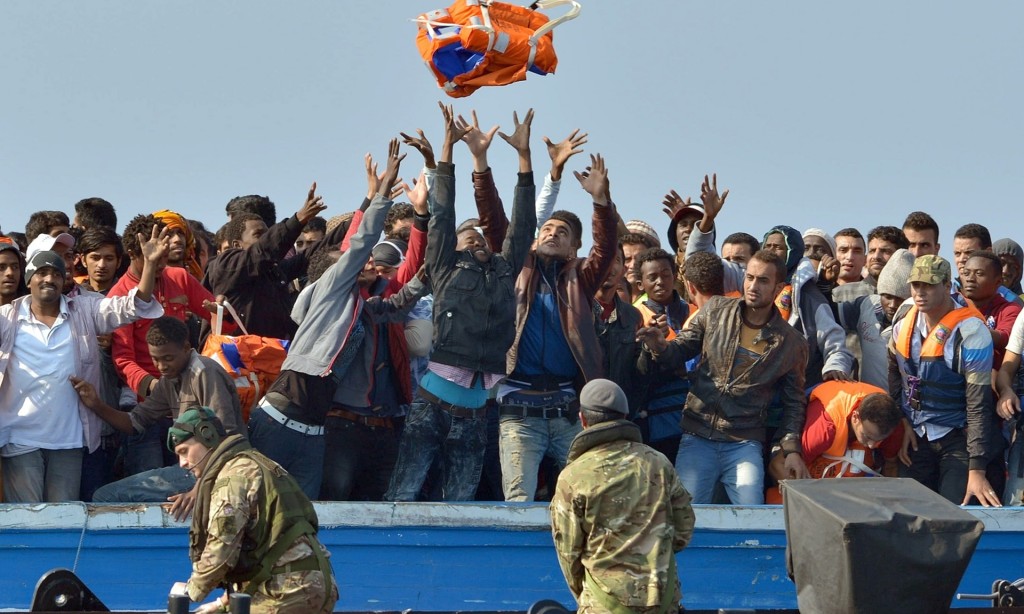 On 22/8/2015, thousands of refugees stormed the barbed wire between Greece and Macedonia

The Last few months have witnessed a sharp rise in the refugee crisis in Europe, with an increasing number of refugees and immigrants attempting to cross into European territories whether through land borders in eastern and southern Europe or via the sea or air, in addition to a rise in the number of refugees trying to reach specific countries inside Europe which offer them better opportunities.

These clashes mark the beginning of a new phase in this crisis. Previously, the border police of the asylum countries would deal with asylum cases on an individual bases, or in the hundreds when it came to those entering via boats. However, this may be the first time in which thousands of refugees collectively attempt to storm the border of a European country.

The Size of the European Crisis

European Union official figures report that the number of refugees that have reached Europe this year have already exceeded double that of 2014’s figure. According to official figures, 50,000 people – the majority of them Syrians- reached the Greek islands in the month of July alone. 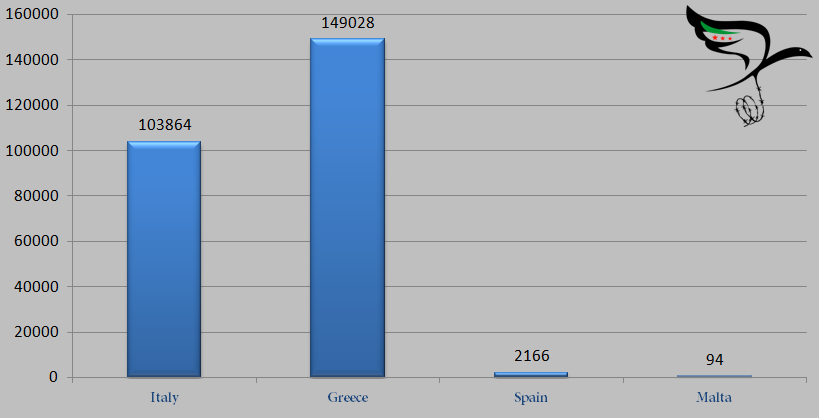 The majority of Arab countries hosting Syrian refugees (in which they are seen as either residents or guests) make their daily life restrictive through being militant in their request for identity documents which the refugees do not own, in addition to repeated security summons. This is whilst they allow smuggler groups to flourish and spread their local numbers on social media pages.

The Turkish authorities work in the same manner, lessening their security hold on the border with Macedonia as well as the sea area close to Greece whilst blatantly ignoring smuggler groups which even have offices in Turkish cities to which refugees pay money.

Government apparatus in Greece, Italy and Bulgaria also employ violence and torture against refugees before releasing them in their own lands. At times, they release them in areas close to the border in an effort to push them to migrate to other European countries.

The refugee crisis in Calais (France), in which refugees are attempting to cross the channel into the UK whilst French authorities refuse to take action against them is an example of the French trying to export the refugee crisis in its lands to the UK.

Countries producing the refugee crisis engage in deliberate acts to push its civilians to migrate outside the country in order to push their internal crisis to neighbouring countries, and then internationally, making the solutions to the problem more complex. The Syrian regime has worked hard on pushing Syrians outside of the country in a glaring and increasing manner, so much so that Syrians have become the number one people seeking asylum, as well as the highest number of refugees in the world.

In order to push Syrians towards migration, the Syrian regime has repeatedly committed massacres whilst opening up crossings and borders from which civilians can flee to neighbouring countries. The Syrian regime has also restricted Syrians in the issue of identity documents as well as practicing other policies which have transformed the crisis inside Syria to one of the whole region, before transforming it into an international issue. 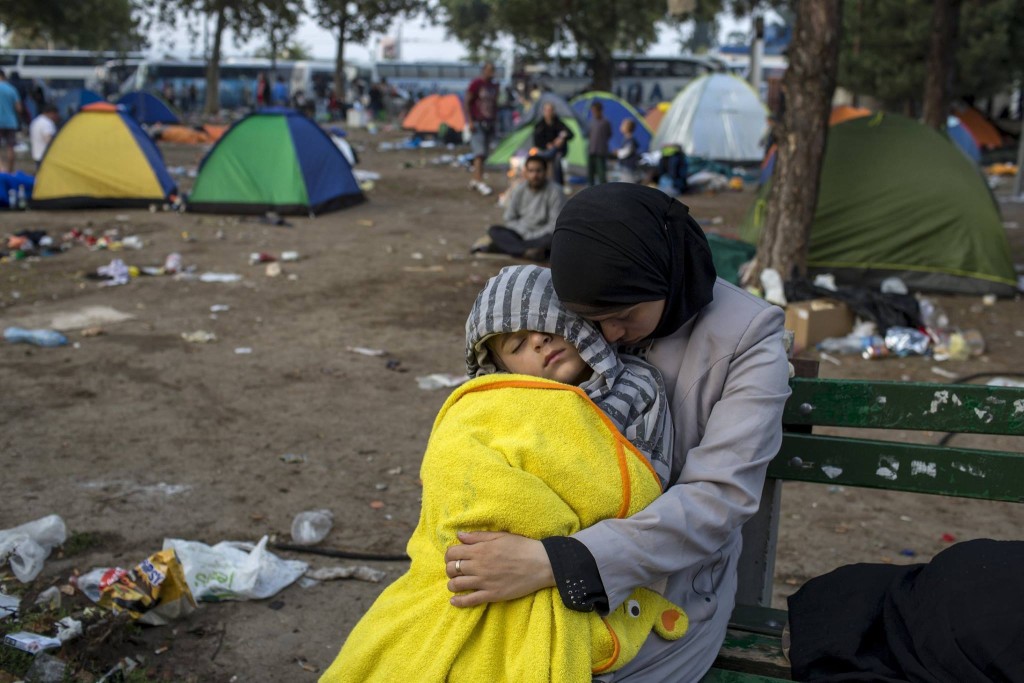 A migrant with a child sleeps in a park near the main bus and train station in Belgrade, Serbia, August 26, 2015

The year 2015 has witnessed a sharp rise in the death of refugees attempting to cross the sea to reach Europe. Most of those who drowned were those attempting to reach the shores of Italy, in comparison to a lesser number that died in their attempt to reach the Greek shores. According to figures of the International Migration Organisation, 1930 people drowned as they attempted to cross the Mediterranean to reach Italy during 2015, whilst 70 drowned in their attempt to reach Greece in the same year.

According to the organisation’s figures, April witnessed the highest number of deaths in 2015, with 1265 refugees drowning at sea.

Migrant fatalities in the Mediterranean 2014-2015

Where do the Refugees Come from? 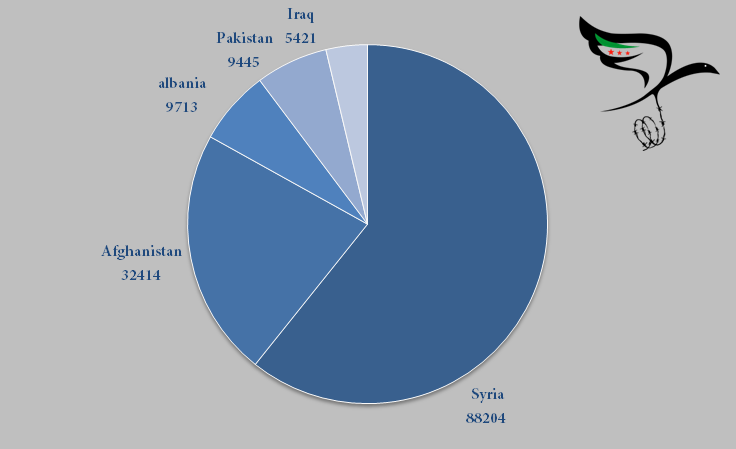 The international refugee crisis is centred mainly in Europe, regardless of other rich countries and safe countries in the world, due to its geographical position; as it is difficult for migrants coming from the Middle East, Africa and Asia to go to the United States, Canada, Australia and other areas which are separated by sea from their countries of origin.  However, the arrival of refugees from different countries is causing a crisis within Europe itself, as refugees are attempting to come in from countries which are not member to the Schengen agreement to countries which are members. In the same manner, refugees are moving to rich countries which are member to the Schengen agreement without registering themselves in the poorer European countries.

The richer countries are suffering from a crisis within themselves due to the orientation of refugees towards specific cities due to laws within cities of the same country being different, as is the case in Germany for example.

And in the official figures released by the EU in the middle of this year, Germany has accepted the largest number of asylum seekers, the number reaching to 171,000 cases of asylum, in comparison to Iceland or Croatia whose cases for asylum have not exceeded 80.

What can Europe do with the Refugees?

Although the EU nations have received many refugees, there is still more that they can do to protect these refugees, including: