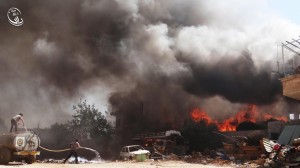 The city of Daraya in rural Damascus was subjected to shelling with the use of Napalm incendiary bombs, causing fires to spread in different parts of the city and the injury of several civilians.

The shelling of the city with napalm bombs coincided with intense shelling by war planes with the use of various other weapons. Activists documented the fall of 30 napalm cylinders, 22 explosive barrels, eight ground-to-ground missiles, and 40 explosive cylinders and mortar artillery.

Till this moment, civil defence groups have been unable to put out the fires due to the breadth to which they have spread.

It is worthy to note that napalm incendiary bombs are internationally forbidden and have not been used on a wide scale in Syria until more currently. This is despite the fact that it has been used previously in a more limited scale, in both Homs and rural Latakkia. 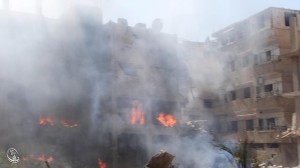 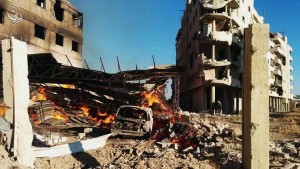