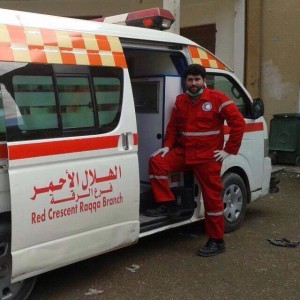 The family of the youth Usamah Ma’an al-Hamoud have been told that their son, who was detained by ISIS since 16/6/2015, has been executed by the group.

Usamah, who was 31 years of age, was a volunteer with the Syrian Red Crescent. He was the leader of a medical emergency team in Ar-Raqqah, and was kidnapped from its headquarters.

Al-Hamoud was among the first of those who participated in the peaceful protests which erupted in March 2011, and was detained more than once by Syrian regime forces.