You are here: Home / Editors choice / Massacre at Haal Market in al-Baab 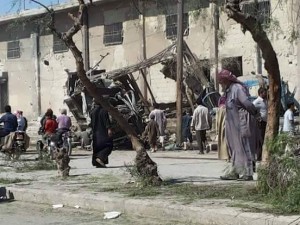 A scene from the market following the massacre

Helicopters dropped four explosive containers on the Haal Market in the city of al-Baab, rural Aleppo, killing 29 people and injuring approximately 40 others.

Most bodies were burnt, rendering them unidentifiable to friends and family. Fourteen bodies were sent to the field hospital in al-Baab, all of which were unable to be identified.

Victims whom have been identified include:
1. Awad al-Aayid
2. Ali Hussein al-Asfoor
3. Abdullah Kassar

It is also worthy to note that this is the third time in which a popular market has been targeted during the current month of Ramadan. 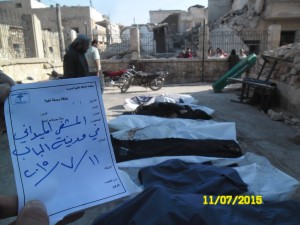