You are here: Home / Editors choice / Documenting the Victims of June 2015 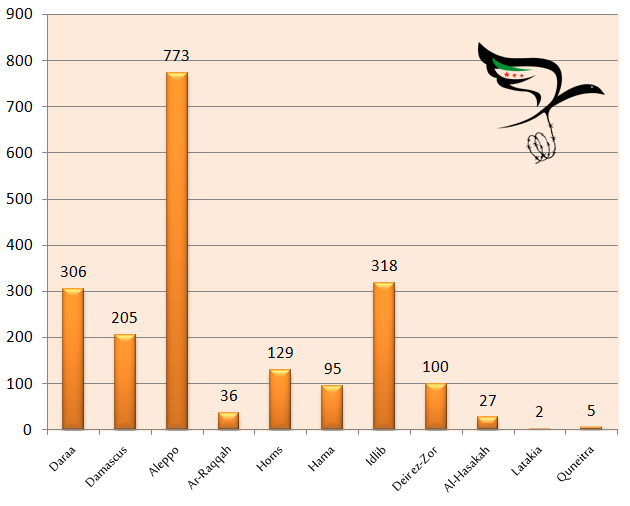 SHRC documented the killing of 2011 people in June 2015 across the various provinces of Syria, whose death was caused by factors ranging from explosive barrels, car explosions, and the siege enforced on Southern Damascus and the Eastern Ghouta, to clashes with the Syrian regime forces, ISIS and Kurdish militias.

SHRC also documented the killing of 311 children this month, as well as the killing of 267 women, and 47 people killed under torture in Syrian regime prisons and detainment centres. Eleven people also died as a result of the ongoing siege enforced on the Eastern Ghouta.

Two hundred and two people were documented to have died at the hands of ISIS, either through clashes with the organisation, or as a result of the car explosions or executions due to various accusations.

Another 129 people were killed at the hands of opposition groups, and 26 were killed due to the bombing of the international alliance, as well as six that were killed by Kurdish militias.

Aleppo witnessed most deaths, with 773 victims, followed by Idlib in which 318 were killed, and then Daraa, in which 306 were killed.

Among those killed, there were eleven whose provinces were unidentified.