You are here: Home / Editors choice / Documenting the Victims of April 2015 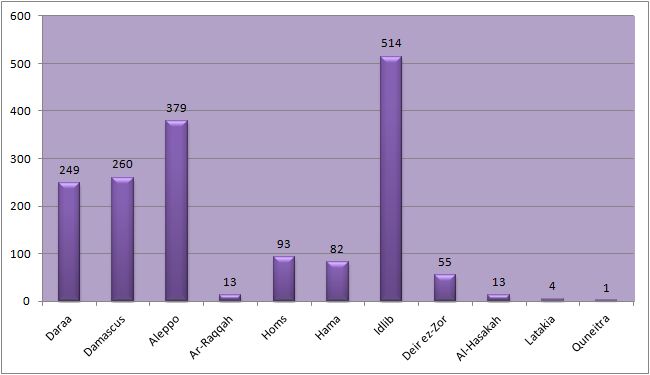 SHRC also documented the killings of 266 children and 174 women this month. In addition, 64 were killed under torture in government prisons and security centers. Furthermore, 92 civilians were killed at the hands of ISIS.

The killings of 249 civilians were documented in Daraa, as well as 93 in Homs and 82 in Hama.