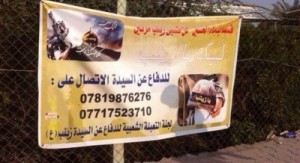 Over the past two days, armed opposition brigades in Busra al-Hareer (Daraa) have captured Asian fighters from among the ranks of pro-Syrian regime forces, thought to have come from former USSR countries.

Since 2012 and until now, armed opposition brigades have captured and killed Iranian, Afghan, Russian, Pakistani and African mercenaries, in addition to fighters from Lebanese and Iraqi militias. The overwhelming majority of these fighters belong to the Shia branch of Islam.

Hazari Afghans and Shia Pakistani’s form the largest number of non Arab and non-Iranian fighters. They are recruited from amongst Afghan refugees and armed by Iraqi militias, especially “Abul Fadl al-Abbas” and the “Khorasani Front” brigades. Some are recruited within completely Afghan brigades which are headed by Iranians such as the “Fatimid Brigade”.

No accurate data exists of the number of Shia fighters in Syria, however, it is estimated that Iraqi militias in Syria are made up of around 20,000 fighters, whilst 10,000 Lebanese Hizbollah fighters are also operating in Syria. This is in addition to 10,000 Afghan and Iranian fighters.

It is noted that fighters from Lebanon and Iran fight within few and organised groups, whereas Iraqi fighters fight across more than 20 different groups, and Asian and African mercenaries fight alongside the brigades of other groups except the Fatimid Brigade, which is mostly made up of Afghan fighters.

All these groups are linked to Iran, who is believed to pay the fighters, arm them, and transport them to Syria.
Confessions made by several foreign fighters captured by armed opposition groups have alluded to the fact that many of the Iranian and Afghani fighters were in fact detained criminals who were freed in return for agreeing to fight in Syria, or Afghani refugees who were given a sum of $600 monthly in exchange for fighting. These fighters were also packed with sectarian and ideological ideas before being sent to Syria.

Confessions also pointed to the fact that leadership from the Iranian revolution guard and Hizbollah militias were in charge of the battles which the foreign militias took part in.

You can watch one of the confessions of an Iranian fighter here (in Arabic).

The International Position on Foreign Militias Loyal to the Regime

The international community has taken the position of completely ignoring the presence of foreign militias loyal to the regime in Syria, and giving them no importance- the same position given to foreign fighters loyal to Al-Qaida until the end of 2013; until then, no position or policy had been implemented to stop fighters from Western or Arab countries to go to Syria.

None of the above mentioned organisations have been added to the American terrorism list or that of the EU, in the same way that neither ISIS leaders nor the organisation have been added to the terrorism lists of America and the EU.
UN decrees have ignored the presence of these militias, whilst dedicating a recent UN Security Council resolution on foreign fighters joining the ranks of ISIS (Decree no. 2178, issued 24/9/2014), which did not address the presence of foreign fighters outside of this group. 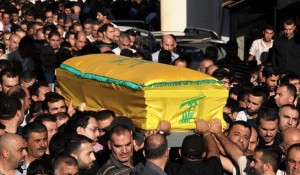 Despite the public declarations of taking part in acts of killing in Syria, the role of foreign militias in Syria has been ignored by the international community.

Foreign militias have played an active role in the war crimes and crimes against humanity perpetrated in Syria over the past few years, including taking part in bombing civilians, besieging them and committing massacres with white and small weapons.

Foreign militias, and in particular those from Iraq, have documented their participation in acts of genocide implemented against Syrians and published them on social networking sites, whether they are pages belonging to the groups, or on the personal profiles of fighters themselves.

Recorded videos and images found in the phones of dead fighters have also provided evidence of the active participation of these foreign fighters in ranks loyal to the Syrian regime, and of their participation in crimes committed against Syrians.

For example, during the foreign militias attack on the city of Nabak (rural Damascus, 19/11/2013), social media sites supportive of these militias began to upload images and recordings of the militias firing on civilians and torturing them as they proudly confessed their participation in acts of killing in the city and in drawing sectarian slogans on the walls of the city and chanting such slogans.

On the same day, Abu Shahd al-Jabouri, an Iraqi leader of the “Dhul Fiqar” militia, published images of himself dragging an elderly chained man, later known as the citizen “Munir Abdul Hai”, and beating him after he had killed him. 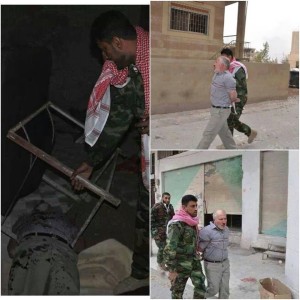 Abu Shahd al-Jabouri documents himself arresting, torturing and killing an elderly citizen from the city of Al-Nabak, Syria.

The Use of Religious Discourse to Motivate Mercenaries

In addition to offering sums of money, religious sectarian discourse has been used to guarantee the participation of fighters in battles.

The Secretary General of the Lebanese group Hizbollah, Hasan Nasrallah, has assumed personal responsibility for using religious discourse to instigate and prepare battles through the use of the idea of “defending Shiite holy shrines” which are subjected to threat, according to him, by opposition armed brigades, and in particular that of the shrine of Zainab, around which the religious discourse of the militias has centred. For example, some slogans chanted by these groups include: “Zainab will not be left twice, we heed to you O Zainab!”

Hasan Nasrallah confessed later that religious discourse has been used in a political sense in order to fuel the conflict.
The militias also produced adverts filled with sectarian discourse in order to gain support from the laypeople from whom members of the militias had come from, especially in Lebanon and Iraq, using slogans such as “war against the Ummayids and grandchildren of Yazid”, “Here we come O Zainab”, and so on.

In addition, dead foreign militias have been found with documents called “Commission travel documents”, which fighters obtain when they go to fight in Syria. 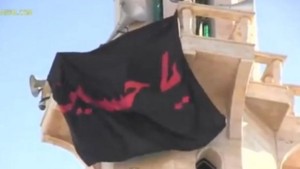 Hizbollah raise a sectarian flag in the minaret of a mosque in Quseir, rural Damascus, after capturing the town in 5/6/2013

Existing evidence points to the fact that foreign militias have been playing an active role in the crimes being committed in Syria to this day, and their fighters are very keen in carrying out the “jobs” they are ordered to do. The political speeches of the leaders of these militias, and particularly that of Hizbollah, provide certain evidence surrounding their role and participation in Syria.

Legal responsibility is not only limited to the fighters that are within Syrian land, but also accounts for the groups that supported these militias and helped them travel into Syria.

The most prominent of these groups are:

– The Iranian Government which finances these militias and supports them logistically. Forces of the Iranian government also take part in acts of killing and in leading the militias.

– The Iraqi government, which made it easy for the Iraqi militias to enter into Syria. In addition, a number of leaders of the militia groups are members of the Iraqi parliament and government, and are well known figures.

In addition to the abovementioned groups, the international community is responsible for constantly ignoring the presence of these militias and not criminalising their role in Syria in the same way that it has criminalised foreign groups that support ISIS more recently. 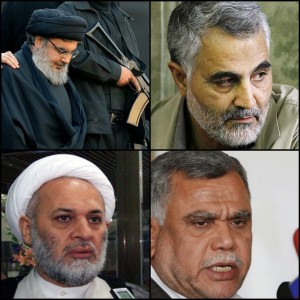 Most figures behind the militias are well known Iranian, Iraqi and Lebanese personalities which can be held to account for the crimes their militias have committed