You are here: Home / Editors choice / The Release of Two Italian Hostages Kidnapped in Syria Five Months Ago 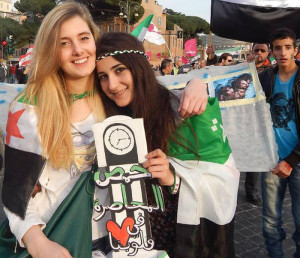 The two hostages were volunteers for the Syrian refugees in Italy and supporters of the Syrian people.

The Italian government announced today the release of the two Italian aid workers Greta Ramelli and Vanessa Marzullo, who were kidnapped in rural Aleppo on 31/7/2014.

The Italian government had previously announced on 6/8/2014 the disappearance and abduction of the two young women aged 20 and 21, who established an association in aid of areas of health and water.

A video was uploaded on the internet of the two hostages on 1/1/2015, veiled and in black clothing, sitting in front of a white wall, revealing their identities and holding up a paper with the date 17/12/2014 written on it. One of the women called the Italian government to bring them back to Italy before Christmas, without mentioning who was holding them hostage.

Several press sources declared that Al-Nusra front are responsible for the kidnapping and that they received 12 million dollars in exchange of their release. However the Syrian Human Rights Committee cannot confirm who is responsible for the kidnapping and their release, nor the nature of the deal with the kidnappers. The SHRC team also was not able to find a video of the two hostages or news of their release on any of the fronts accounts who are dependant or semi-dependant on social media. 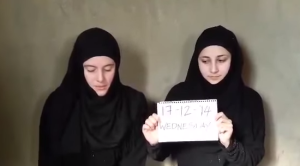