You are here: Home / Editors choice / The Military Field Court Sentences a Child to Death 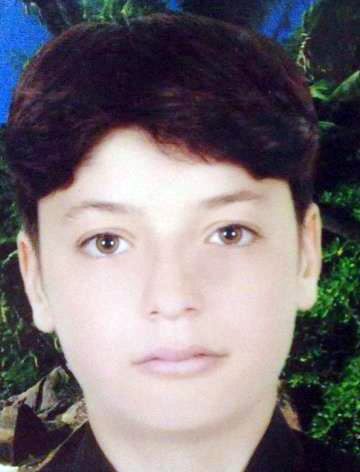 The Syrian Association for the Defence of Human Rights (SADHR) has come to know that the Military Field Court had issued a death sentence against the child Mohammed Fayadh al-Uzub (16 years) from Daraya, more than two weeks ago. He was accused of being a member of a terrorist group. and later, his sentence was reduced to 12 years in prison due to his young age. He will be spending his imprisonment in Sednaya prison, which has an ill reputation.

In coming up with its decision, the court had depended on confessions made by the accused under torture he was subjected to by the air Intelligence unit. The court issued its harsh decree in a sitting which lasted no longer than three minutes!

The child Mohammed Fayadh al-Uzub was arrested during an operation of raiding homes in the area of Shwaihah (West Daraya) by forces belonging to the air intelligence on 11th July 2012. He was taken to an unknown place.

SADHR strongly condemns this decree issued by this exceptional court which does not meet the minimum requirements and standards for fair trial, and which continue to violate basic freedoms enshrined in the Syrian constitution and in international conventions which the Syrian regime has signed to.

The Military Field Court was formed according to the Legislative decree no.109 of 1968, in the wake of the defeat in the 1967 war. It was dedicated to the trial of soldiers that had escaped during battle or traitors that had joined enemy ranks during military operations. During his struggle with the Muslim Brotherhood, Hafiz al-Assad widened the scope of the court to dealing with civilians, and issued the decree No. / 32/1980 amending paragraph / b / article / 2 / of the decree / 109/1968 in one sentence, “During internal struggles”. This expanded the jurisdiction of the military field court to include civilians, whilst also not allowing the existence of an attorney representing defendants. The trials of the court were confidential and the height of its work was in the eighties, in which it issued hundreds of death sentences against members of the Muslim Brotherhood. The court’s activity decreased after that period due to the lack of political unrest in Syria, until the eruption of the Syrian Revolution in mid-March 2011, after which it was re-activated. The court is considered the toughest in Syria.

The Military court was formed by decree of the Defence minister, the President and two members, and its decrees encompass both military and civil personnel. cases are transferred to the court via the heads of security branches after the detainee is interrogated. The detainee’s file – full of confessions extracted under torture- is sent with him to the court.

The court does not abide by the laws and regulations which normal civil and military courts abide by. This is in addition to the fact that defendants have no right to self-defence and cannot appoint a lawyer. In general, trials and decrees are pre-determined by the security intelligence.

SADHR expresses its concern over the use of this court during the Syrian Revolution in order to “target terrorism” and repress local activists under memoranda issued by the Syrian intelligence. SADHR estimates that over 50,000 detainees have been transferred to the court, of which half have been sentenced, and the other half await their trials. SADHR also holds the Syrian regime and its military and security intelligence the full responsibility for the lives of thee detainees, and calls upon international humanitarian organisations, and in particular the International Red Cross to get involved immediately in order to save the lives of thousands of detainees who are facing the danger of death on a daily basis.