You are here: Home / Editors choice / Abduction of Razan Zeitouna and three of her Colleagues by an Unknown Group 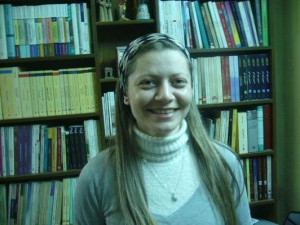 An unknown group raided the office for Local Development and Documentation of Human Rights Violations in Syria (based in Douma) and abducted the well known human rights activist Razan Zeitouna, the activist and previous political prisoner Sameera al-Khalil, the prominent activist (and husband of Razan Zeitouna) Wa’il Hamada, and the lawyer, activist and poet, Nathim Hamadi. The abductors also stole the computers in the office as well as some documents.

Razan Zeitouna is one of the most prominent human rights activists in Syria. She is one of the founders of the Centre for Documentation of Human Rights Violations in Syria, a centre that strived to compile statistics which local and international human rights groups have been using to document the dangerous violations of human rights taking place in Syria since March 2013.

The abduction of Ms Razan Zeitouna and her colleagues in Douma took place in a month which has seen terrible violations against journalists and the press in Syria, with the abduction of ten journalists by an armed group in the north of Syria, as well as the killing of nine press workers by forces loyal to the Syrian regime in many areas. The case of Ms Razan Zeitouna and her colleagues is the first such case which has been documented to have taken place in Damascus and its suburbs.

SHRC strongly condemns the abduction of Ms Razan Zeitouna and her colleagues, and calls upon all armed groups in Douma to put in their utmost efforts to reveal their whereabouts, since they are responsible for the safety of all activists and members of the press that work in the areas they control. SHRC also takes note of activists and members of the press that have been imprisoned by regime forces or abducted by an unknown group in the north of Syria (considered to be ISIL) and calls for their immediate release.