INTRODUCTION One of the major concerns of Amnesty International featured in this report is the apparent surge of politically motivated arbitrary arrests in Syria towards the end of 2000, which have included members of parliament, prominent opposition figures, and other activists in civil society groups and the human rights movement. This report raises the cases […]

“I do not go into the prisons, but I believe that there are not many prisoners any more,” President Hafez al-Asad said in an interview with the French television station TF-1 in Damascus on July 11, the week before his official state visit to France. Indeed, there were welcome releases during the year of 121 […]

Syrian Arab Republic Head of state: Bashar al-Assad Head of government: Muhammad Mustafa Miro Capital: Damascus Scores of people were arrested during the year for political reasons, including Syrian exiles who had voluntarily returned and others suspected of membership of unauthorized political groups. There was an increase in the repression of human rights defenders […] 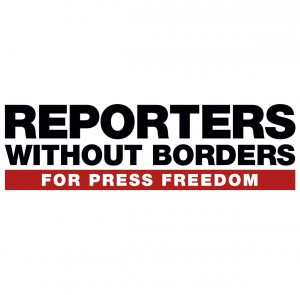 SHRC | World View | Amnesty International Report 2001 In its report is Syria, AI reports that the fate of hundreds of people who “disappeared” in the 1970s and 1980s remained unknown. At least two political detainees died in custody . Hundreds of political prisoners, including prisoners of conscience, were released during 2000, however, hundreds […]

The 24 pages report is issued as part of Amnesty International worldwide campaign against torture. The report includes testimonies from people of different nationalities who were detained in the prison because of their links with a number of different political groups. It finds that Tadmur Prison appears to have been designed to inflict the maximum […]

The following are highlights from HRW report 2000 in Syria: Authorities still viewed human rights activists as criminals and subjected them to harsh punishment. Five associates of the Committees for the Defense of Democratic Freedoms and Human Rights in Syria (known by the acronym CDF) were serving eight to ten year prison terms imposed by […]