You are here: Home / Archives for uncategorized 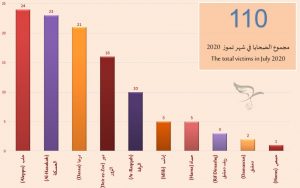 The Syrian Human Rights Committee (SHRC) in Syria has documented the killing of (110) people during the month of July 2020, including (23) children, (5) women, and (17) people who were killed under torture. The Syrian regime forces were responsible for killing (21) people, and the Kurdish Syrian Democratic Forces (SDF) were responsible for killing […]

The total number of victims SHRC was able to document in Syria was 3 persons on Saturday 1-12-2018, including 1 who died under torture. In the Idlib province, a person was killed by unknown assailants in front of his house in the town of Tal Adeh, it is worth to be mention that he started […]

The Turkman Syrian opposition member, Tariq Solaq, said that at least half a million Syrians are still in the cells of the regime under inhumane conditions of detention. At the forefront of these prisons is Seidnaya prison in Damascus countryside, known as the “Human Slaughterhouse.” In an interview with the Anatolian agency, Solaq spoke on […] 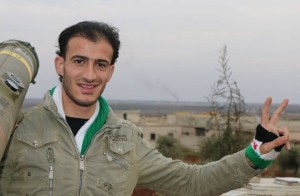 The family of Suheil Hamoud have reported that a shariah court of the Tahreer al-Shaam Front (previously known as the Nusra Front) sentenced him to 15 days in prison on the charge of “Making Fun of Allah’s religion and Provoking the Fighters in Syria”. Suheil al-Hamoud, popularly known among the ranks of the opposition as […] 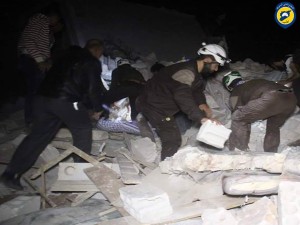 War planes targeted the city of Bansh in rural Idlib on Sunday dawn, killing Ghufran As’ad Staify and three of her children. In addition, helicopters targeted the village of Kawkabah in the Shahshabu mountains in rural Idlib with seven sea mines, injuring one person and causing great material damage to a number of residential buildings. 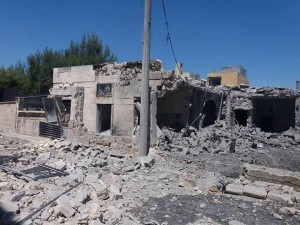 War Planes targeted a health clinic in the Marjah district of Aleppo, destroying it completely. The health clinic was part of the Union of Syrian Medical Relief Organisations (UOSSM). 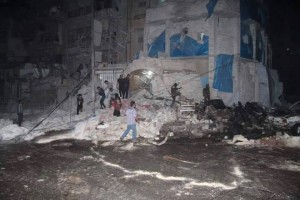 On Wednesday evening, war planes targeted the al-Quds hospital in the al-Sukari district of Aleppo, killing 49 people including the sole paediatrician in Aleppo, Dr. Mohammed Waseem Mu’aaz. The dentist Ahmed Mohammed Abu al-Yaman was also killed, in addition to two security guards of the hospital. 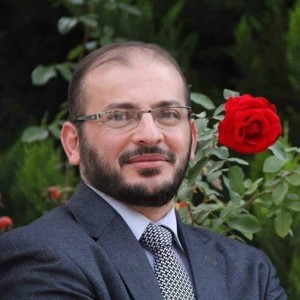 Zahir al-Sharqaat died today in the city of Gaziantep, due to injuries he sustained on 10/4/2016 when he was shot by a member of ISIS with a silent pistol. ISIS later claimed responsibility for the attack on al-Sharqaat. Zahir al-Sharqaat worked for the “Halab al-Yawm” (Aleppo Today) channel, and was known for his opposition to […]