You are here: Home / Archives for admin2 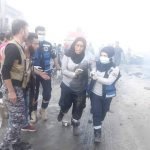 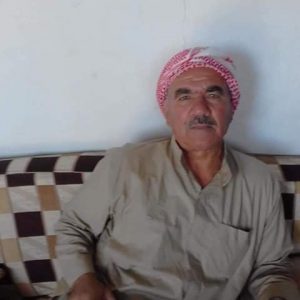 SHRC documented 11 victims in Syria today, including two children and one person that died under torture. Eight were killed in the province of Deir ez-Zor, including four that were killed by Global Alliance bombing on the town of ash-Sha’fa, two that perished in a motorcycle explosion (the motorcycle was parked near the arch […]

The total number of victims documented by SHRC in Syria today were four people. Three were killed in the province of Idlib, among them one who was killed by bullet fire from a faction of the Sham Liberation when they raided a home in the town of al-Tah. Another person was killed when a land […]

SHRC documented one victim only in Syria today. Hamd al-Khalaf al-Abd al-Musa was deliberately killed at the hands of militia in the province of Deir Az-Zor, following their arrest of him, accusing him of carrying out the explosion that took place in the town of al-Shaheel. This is despite the fact that eye witnesses said […] 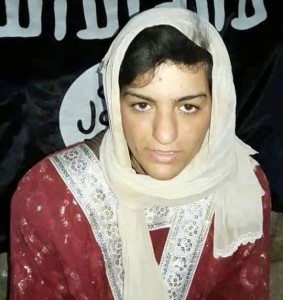 ISIS has released a recorded video today in which it carries out the execution of one of the hostages kidnapped from As-Suwaida. On 25/7/2018, ISIS kidnapped 21 ladies and a girl from the village of Al-shabka in eastern rural Suwaida, on the same day in which ISIS carried out a bloody massacre in the province. […]

The number of victims documented by SHRC on Monday 01-10-2018 were four people, including one who died under torture. The four were killed in the Deir Azzour province, three of whom were summarily executed by ISIS under the accusation of recruiting and smuggling civilians. The fourth was killed in a Syrian regime prison. The names […] 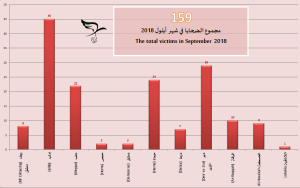 The number of victims documented by SHRC today were seven. In Aleppo, five people were killed by a grenade which was thrown during a fight which erupted in Ahl al-Kuwait camp in Deir Hassan. Two people were also killed in Deir Az-Zor: one who was found killed in his home by an unknown group and […]